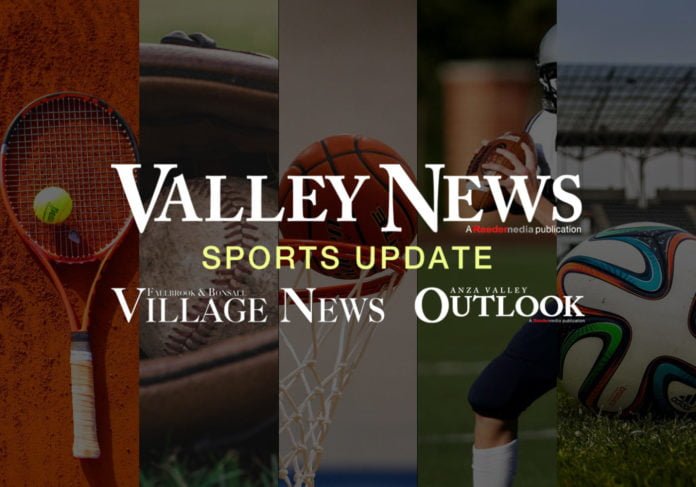 LOS ANGELES (AP) — Coach Doc Rivers called the first play of the game for Paul George and he hit a 3-pointer.
His teammates found him the rest of the way.
Kawhi Leonard scored 34 points, George added 31, and the Los Angeles Clippers rolled past undermanned Washington 150-125 on Sunday night for their 12th win in a row over the Wizards at home.
“It’s those new shoulders. He’s just a great shooter,” Rivers said of George. “He’s shooting deep shots on the move and doing it with great balance.”
Montrezl Harrell added 23 points and a career-high 15 rebounds and Lou Williams had 22 points for the Clippers, who led all the way in improving to a franchise-best 12-1 at Staples Center.
“Their athletes are long, wiry and strong and defensive-minded,” Wizards coach Scott Brooks said. “On top of that, they can score. That’s a great benefit.”
The Clippers shot 57% in taking a 27-point lead in the first half when George had 27 points.
“We just came out a little bit more aggressive as a unit,” Williams said. “We were very efficient on the offensive end. The shots we took a lot of times were ones we wanted to take.”
George and Leonard combined to score 10 of the Clippers’ first 13 points in the third when they led 95-69.
The Wizards ran off 11 straight points to close within 15 in their only major spurt of the game.
From there, the Clippers outscored Washington 19-12 to lead 116-98 going into the fourth.
For the game, the Clippers shot 55%, owned a 66-46 edge in the paint and their bench outscored the Wizards reserves 73-39.
“We’re pretty good once we’re clicking,” Williams said. “Every once in a while you kind of see glimpses where guys are on the same page.”
Rookie Rui Hachimura scored a career-high 30 points and Bradley Beal added 23 points and 11 assists for the Wizards. They were without injured John Wall, Moe Wagner, C.J. Miles and Ian Mahinmi in losing for the fourth time in five games.

LOS ANGELES (AP) — The sand out of their toes and some of the egg washed from their face, UCLA returned home from the Hawaiian Islands to clean up on San Jose State on Sunday.
Freshman Jaime Jaquez Jr. scored a career-high 18 points in his second start as the Bruins returned home from a disappointing trip to Maui to earn a 93-64 victory Sunday night over the Spartans.
Jalen Hill also scored 18 points and grabbed 11 rebounds and Chris Smith added 14 points as the Bruins shot 52% from the field, including 63% percent in the first half as they began to distance themselves from a 1-2 showing at the Maui Invitational last week.
Yet for all the positives that came from a victory over a Mountain West Conference team Sunday, there is still more work to be done for the Bruins to become the kind of defensive team new head coach Mick Cronin is looking for.
“I think we’re really far,” Smith said when asked if the defense is close to a finished product. “We’re not even playing the defense that he’s known for at the moment. The biggest thing is talking on defense (and) we don’t do much of that at the moment. We just gotta get in a groove, get more comfortable and we gotta talk more and then I think we’ll start progressing towards what he wants.”

BOCA RATON, Fla. (AP) — Dominick scored 16 points, Osun Osunniyi had a double-double, and St. Bonaventure beat San Diego 70-61 at the Boca Raton Beach Classic on Sunday night.
Osunniyi finished with 15 points, 10 rebounds and a career-high tying six blocks. Jaren English added 12 points and Kyle Lofton scored 11 for St. Bonaventure (3-4).
The Bonnies used a 13-2 run to take a 55-46 lead when Bobby Planutis made a layup with 8:32 left and San Diego (3-6) trailed the rest of the way.
Braun Hartfield led the Toreros with 18 points, Joey Calcaterra scored 11 and Alex Floresca added 10.
St. Bonaventure plays Florida Atlantic in the championship game, and San Diego takes on UIC in the third-place game, of the tournament’s Hall of Fame bracket on Monday.

HONOLUA BAY, Hawaii (AP) — Carissa Moore of Honolulu and Caroline Marks of Melbourne Beach, Florida, qualified for the two spots on the U.S. women’s Olympic surfing team Sunday.
Moore and Marks finished as the top two American women on the 2019 World Surf League rankings. Lakey Peterson of Santa Barbara, California, who entered the final event of the season ranked No. 2 in the world behind Moore, missed a spot on the Olympic team when she was eliminated in the round of 16 and Marks advanced to the quarterfinals.
Marks, 17, came into the final event ranked third in the world.
While the top three women in the WSL rankings are American, only two surfers per gender per nation can compete when surfing makes its Olympic debut at the Tokyo Games.
Kolohe Andino of San Clemente, California, has already earned one of the U.S. men’s spots. The second spot will be determined following the Hawaii Pipe Masters event starting next week. John John Florence of the North Shore is ranked No. 8 in the world and will try to hold off 11-time world champion Kelly Slater of Cocoa Beach, Florida, who is 10th in the world.

A return to Sherwood for Tiger, Mickelson but few others

Congregation B’nai Chaim invites all to pray, enjoy, listen and learn for the High Holidays