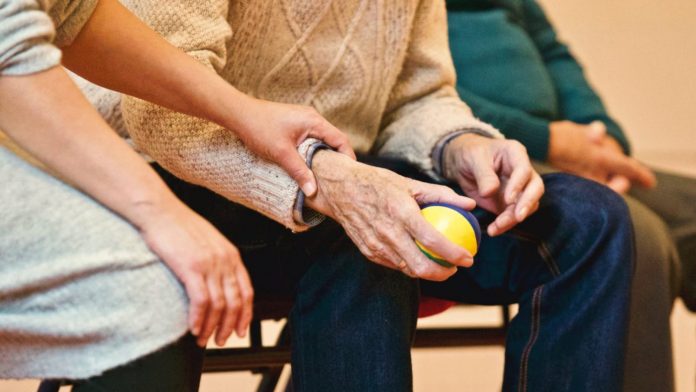 RIVERSIDE (CNS) – Felony charges are expected to be filed tomorrow against a convicted felon accused of breaking his mother’s arm and hoarding guns — including a high-capacity rifle — in Riverside.

Shane Nicholas Lastique, 38, was arrested Thursday on suspicion of elder abuse, false imprisonment, battery on a dependent adult, being a felon in possession of a firearm, vandalism and making terrorist threats. Lastique was booked into the Robert Presley Jail in Riverside, where he’s being held in lieu of $350,000 bail.

According to Riverside Police Officer Ryan Railsback, on the afternoon of March 23, Lastique attacked his mother at her home in the 4500 block of Central Avenue, severely fracturing one of her arms and prompting the woman to flee the residence. Railsback said the victim, whose identity was not disclosed, ran behind her residence to get away from her son, drawing the attention of neighbors, who called 911.

Patrol officers arrived within minutes and gathered details about the “violent attack,” arranging for an ambulance to transport the woman to Riverside Community Hospital for treatment, according to Railsback. The victim is recovering. A specific motive for the assault was not mentioned, though Railsback described Lastique as “unstable.”

A search for the alleged assailant that day was unsuccessful, but Railsback said that on Thursday afternoon, officers located the probationer next to his car in the 6700 block of Fig Street, behaving aggressively and possibly under the influence of drugs.

Lastique was taken into custody without incident, after which detectives searched his car and discovered a “loaded .357 caliber handgun, two pellet guns, two machetes, several folding and fixed knives, and ammunition for a 12-gauge shotgun,” the police spokesman said. Investigators served a search warrant at the suspect’s residence the
following day and seized an AK-47 rifle with a stash of ammo, according to
Railsback.

County officials urge residents to get tested for COVID-19

The bigger question: when and how can businesses begin to reopen?

Investigation: Lead in some Canadian water worse than Flint