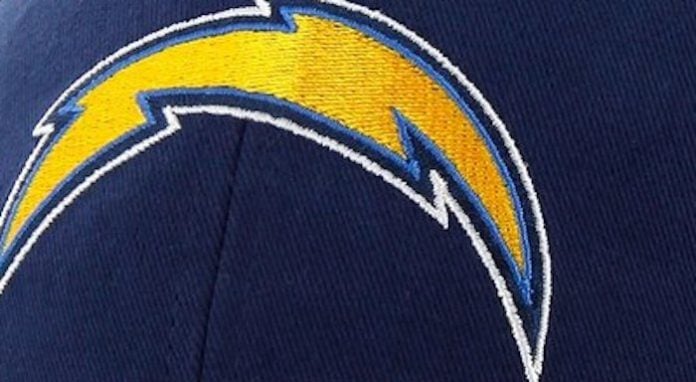 ANDREW SELIGMAN
AP Sports Writer
CHICAGO (AP) — It was ugly and sloppy — and it was also a win for Los Angeles. That’s what mattered most to Philip Rivers and the Chargers.
Chicago kicker Eddy Pineiro missed a 41-yard field goal as time expired and Los Angeles hung on to beat the Bears 17-16 on Sunday.
“We just needed a win, any way — 35-0, 2-0, 3-2 or 17-16,” Rivers said. “It’s just good to win.”
The Bears (3-4) took over at their 35 with 1:33 remaining and had a chance to win it after driving all the way to the 21. Chicago had quarterback Mitchell Trubisky take a knee with about 40 seconds left rather than try to get closer to the goal line because coach Matt Nagy didn’t want to risk a fumble. And Pineiro, who hit an upright on a miss earlier, drove the potential winner wide left as time expired.
“I hit the ball as best I could and tried to play the wind a little bit. I just didn’t make it,” he said.
The miss allowed the Chargers (3-5) to snap a three-game losing streak and avoid their first 0-4 October since 2000, while the Bears (3-4) dropped their third in a row. Los Angeles also picked up its first victory in seven road games all-time against Chicago and its first win at Soldier Field after losing four.
Rivers threw an 11-yard touchdown to Austin Ekeler in the fourth quarter to put the Chargers on top with just over eight minutes left after Melvin Ingram III recovered a fumble by Trubisky in Chicago territory.
Rivers was 19 of 29 for 201 yards, a touchdown and an interception. Melvin Gordon ran for a score. Joey Bosa had two of Los Angeles’ four sacks , and the Chargers picked up their first victory since Sept 29 at Miami after losing three by seven points or fewer.
Rookie David Montgomery ran for a career-high 135 yards and one touchdown, after Chicago set a franchise low with seven rushing attempts the previous week against New Orleans.
Trubisky completed 23 of 35 passes for 253 yards an interception and a lost fumble that led to the go-ahead touchdown. The Bears also came away with just one touchdown and three field goals in five trips inside the 20. And the Chargers sensed they were rattling Trubisky.
“Yes sir, yes sir,” Ingram said. “You could feel it all game. We’re going to rush no matter what’s going on. We’re going to keep rushing, keep rushing, and sooner or later we’re going to get there. We had a couple sacks today, and that’s what it’s all about. It’s not about just sacks. It’s about him feeling us, and I felt like he felt our presence today.”
DOWN THE STRETCH
Montgomery capped a 75-yard touchdown drive to start the second half when he ran it in from the 4 following a 31-yard reception by Allen Robinson, stretching Chicago’s lead to 16-7. The Chargers then drove to the 2, but settled for a 20-yard field goal by Chase McLaughlin after Ekeler got stopped on third down.
They missed another huge opportunity after Casey Hayward Jr. returned an interception 37 yards to the 20 early in the fourth. Keenan Allen dropped a 24-yard pass in the end zone on third down and McLaughlin missed the field goal.
But Trubisky lost a fumble that Ingram — back after missing three games with a hamstring injury — recovered for Los Angeles. The Chargers took over on the Bears’ 26, and grabbed a 17-16 lead on the touchdown catch by Ekeler, who ducked under Danny Trevathan before crossing the goal line.
“We were just trying to show heavy play action and come through the line, try to spread out free, hopefully they get caught down inside the line,” Ekeler said, “And it ended up happening like that. Got in space and then used my leverage to my advantage, got underneath the guy and got in the end zone.”

The Latest: Protest marches in US cities over Kentucky case

Tasked with schoolwork help, many US parents lack English