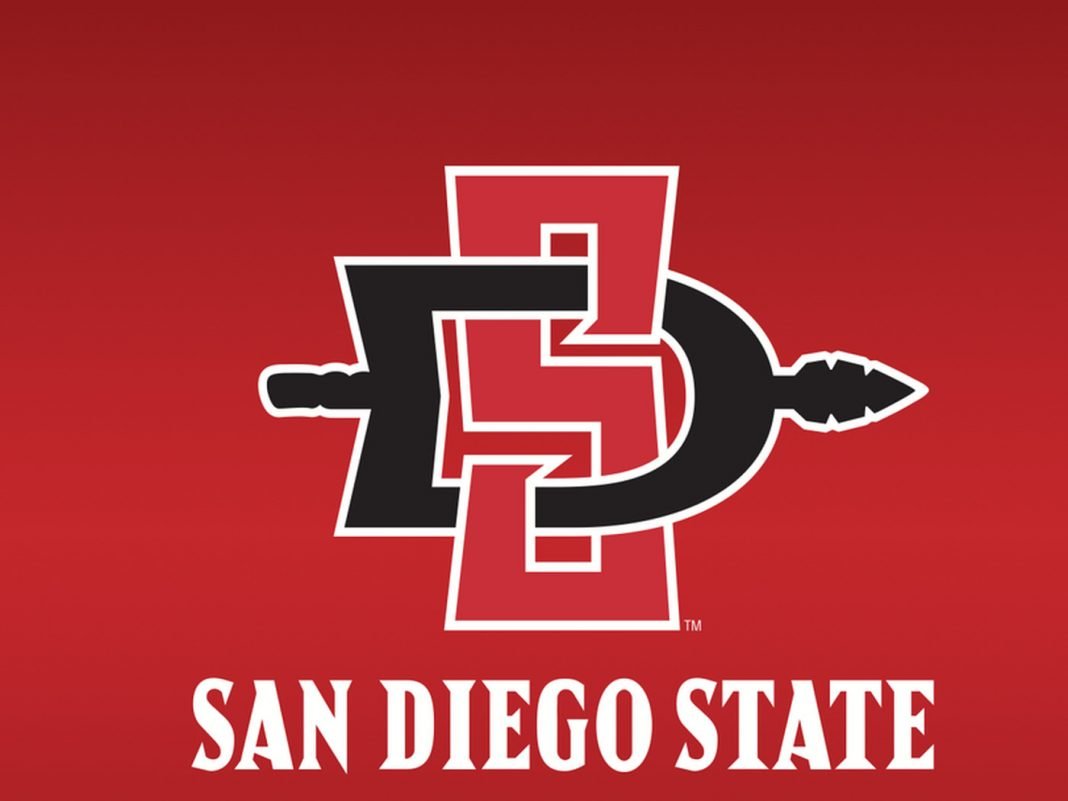 The San Diego State football program has named seniors Dominic Gudino of Chula Vista and Dwayne Johnson Jr. of Murrieta as its captains for the 2020 campaign.

The Aztecs’ projected starting center this season, Gudino has played in 24 games during his career, highlighted by 16 starts. As a junior in 2019, the Olympian High School alumnus was expected to redshirt after logging a minimum of four game appearances but was forced into the starting lineup at left guard for an injured Daishawn Dixon at Hawaii. Ultimately, he saw action in six of 13 games in 2019, making his other start at right guard in SDSU’s victory at New Mexico State.

In 2017, Gudino earned his first career start at right guard in a win versus Northern Illinois, becoming the first Aztec true freshman to start on offense since future fullback Nick Bawden started at quarterback at Fresno State Oct. 3, 2013.

Johnson, meanwhile, enters his second year as a starter at the Aztec position safety in SDSU’s 3-3-5 defense, garnering preseason second-team all-Mountain West accolades by Athlon Sports to go with third-team distinction by Phil Steele Magazine. Despite logging just 14 starts in 38 games, the Vista Murrieta High product has led the team or tied for the team lead in tackles six times during his career.

As a junior in 2019, Johnson started all 13 games, receiving honorable mention all-MW recognition after posting 92 tackles (54 solo, 1.5 TFL), one forced fumble, two fumble recoveries, one interception and five pass breakups. His 92 tackles in 2019 ranked second on the squad and were 37 more than the Aztecs’ No. 3 finisher, while his two fumble recoveries were tied for fourth in the conference.

In addition, Johnson was named to the Pro Football Focus Mountain West Team of the Week three times last season, including an exceptional performance in the home opener versus Weber State when he recorded a game-high 12 tackles and 1.5 tackles for loss.

SDSU opened its 2020 season with a 34-6 win against University of Nevada Las Vegas Saturday, Oct. 24, at Dignity Health Sports Park in Carson. Most home Aztec games will be broadcast live on CBS Sports Network, as well as the Aztecs Radio Network via 101.5 KGB-FM and XTRA-AM 1360.

Temecula and Murrieta honor veterans with a flyover Nov. 11