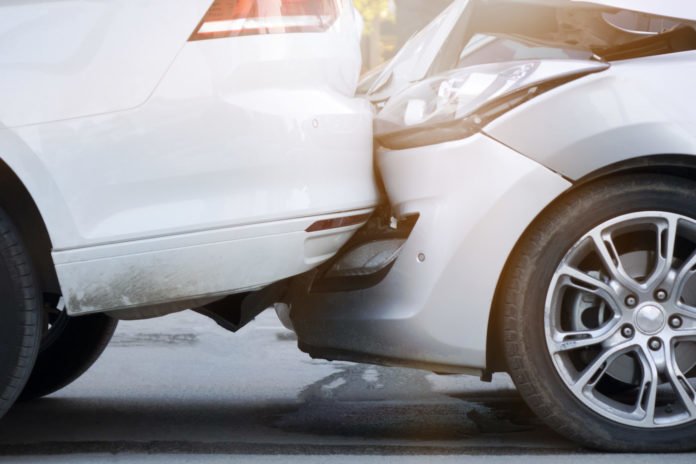 A suspected DUI-involved crash on Interstate 215 in Menifee left a 26-year-old man dead, and sent three others — including the driver who caused the collision and his seven-month-old passenger — to local hospitals, authorities said Wednesday.

Around 8:40 p.m. Tuesday, a man driving a 2014 Toyota Tacoma on southbound I-215 just past Newport Road failed to brake for slowing traffic and plowed into the back of a 2004 Honda Accord, which in turn was forced into the rear of a 2017 Ford Fusion, according to information from California Highway Patrol Officer Mike Lassig.

Cal Fire Riverside crews and CHP officers both responded to the scene. The driver of the Fusion was uninjured, but the 22-year-old woman driving the Accord and her 26-year-old male passenger were both taken by ambulance to Inland Valley Medical Center, Lassig said. The woman suffered moderate injuries, but the man was pronounced dead a little under two hours after the crash.

The 24-year-old man behind the wheel of the Tacoma suffered minor injuries, as did his infant passenger; the driver was taken to Temecula Valley Hospital, while the child was taken to Rancho Springs Medical Center, Lassig said.

The Tacoma driver, identified as Bryant Martinez Colin of Murrieta, was arrested and according to jail records was being held at the Cois M. Byrd Detention Center in French Valley on suspicion of four felonies: DUI with injury, gross vehicular manslaughter while intoxicated, willful harm to a child, and murder. He’s also suspected of driving on a suspended license, a misdemeanor. Colin’s bail was set at $1 million.

Will Fritz can be reached by email at wfritz@reedermedia.com.

One person killed, three injured in fiery crash near Aguanga

Pedestrian dies after being hit by car in Hemet