The Pfizer and Moderna COVID vaccines are both linked to heart inflammation. In May, the U.S. Food and Drug Administration authorized Pfizer’s vaccine for 12- to 17-year-olds, but the agency is delaying its decision on authorizing Moderna’s vaccine for adolescents while it assesses whether the shot could increase the risk of myocarditis. 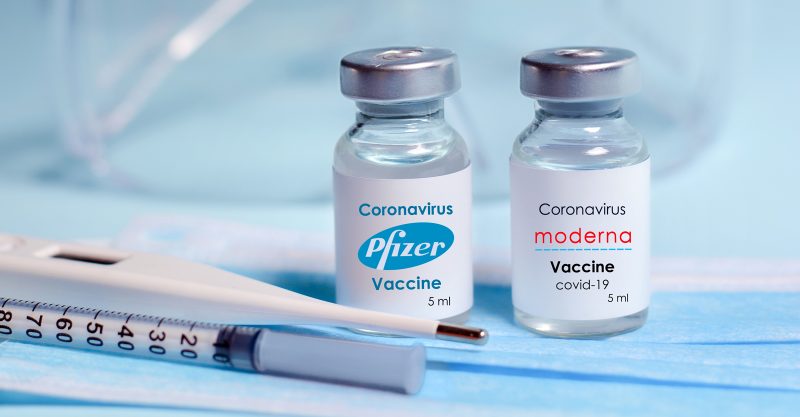 The U.S. Food and Drug Administration (FDA) said on Oct. 15 it was delaying a decision on authorizing Moderna’s COVID vaccine for adolescents while the agency assesses whether the shot could increase the risk of myocarditis, a heart inflammatory condition, the Wall Street Journal reported.

In June, the FDA added a warning to the literature accompanying Pfizer and Moderna mRNA COVID vaccines, to indicate an increased risk of myocarditis.

However in May, a few weeks before the FDA added the warning, the agency authorized Pfizer’s COVID vaccine for ages 12 to 17, despite the known increased risk of myocarditis.

It was also in June that Moderna filed for authorization in the U.S. of its vaccine for adolescents 12 through 17 years old.

The FDA’s review of Moderna’s application is ongoing, an FDA spokesperson told Reuters, adding that while the agency cannot predict how long the process may take, it is evaluating the data as expeditiously as possible.

After four Nordic countries on Oct. 6 suspended use of Moderna’s vaccine in younger age groups, the FDA said it is taking another look at the risk of the condition, known as myocarditis, among younger men who took Moderna’s vaccine, compared with those who received the vaccine from Pfizer-BioNTech, people familiar with the matter said.

Europe’s drug regulator in July found that inflammatory heart conditions could occur in “very rare” cases following vaccination with the Moderna and Pfizer vaccines, and are more common in younger men after the second dose. However, the regulator stressed the benefits of the shots outweighed any risks.

The J&J vaccine is the only single-shot COVID vaccine authorized for emergency use in the U.S. — the second dose is considered a booster.

On Sept. 17, the FDA advisory panel recommended the agency approve boosters of Moderna and Pfizer for all seniors and other high-risk groups but did not recommend a third dose for people in high-risk jobs.

Some committee members voiced concern about authorizing a third mRNA dose for people 12 and older, due to the risk of two rare heart inflammation conditions —  myocarditis and pericarditis.

“As we go into younger and younger age groups, they’re less and less at personal risk of severe COVID, and on the other hand, somewhat more at risk of this inflammatory heart condition with the mRNA vaccine,” Levy told CNBC’s Closing Bell.

Levy added, “So it’s a risk-benefit analysis, and that’s why you’re seeing that deliberation.”

According to researchers at the National Organization for Rare Disorders, myocarditis can result from infections, but “more commonly the myocarditis is a result of the body’s immune reaction to the initial heart damage.”

According to Mayo Clinic, pericarditis is swelling and irritation of the thin, saclike tissue surrounding the heart (pericardium), often associated with sharp chest pain and other symptoms.

Myocarditis has occurred mostly in male adolescents and young adults who received a vaccine from Pfizer or Moderna, according to the Centers for Disease Control and Prevention (CDC). Cases typically arise within days of vaccination, usually after the second dose, and subside with medicine and rest, the agency said.

According to the most recent data from the Vaccine Adverse Event Reporting System (VAERS) — the primary government-funded system for reporting adverse vaccine reactions in the U.S — there have been 529 U.S. reports of myocarditis and pericarditis with 521 cases attributed to Pfizer’s vaccine among adolescents  12 to 18 years old.

Reports submitted to VAERS require further investigation before a causal relationship can be confirmed. Historically, VAERS has been shown to report only 1% of actual vaccine adverse events.

France’s health regulator said Oct. 15. it would no longer allow booster doses of Moderna’s COVID vaccine, RFI reported. Only Pfizer-BioNTech’s vaccine will be used for the booster campaign moving forward.

The new recommendation applies to people over 65, immunocompromised people and their relatives and people at risk — including healthcare workers.

The announcement came amid reports that Sweden, Denmark, Norway, Iceland and Finland suspended use of Moderna’s COVID vaccine for certain age groups amid reports of heart inflammation.

As The Defender previously reported, details leaked from an Israeli Health Ministry report as early as April raised concerns among experts about a possible link between the Pfizer’s COVID vaccine and myocarditis.

The preliminary report by a committee tasked with monitoring vaccine side effects found 62 cases of myocarditis, including two deaths, in people who received the Pfizer vaccine. Fifty-six of the cases occurred after the second dose of the vaccine, and 55 cases occurred in men — most between the ages of 18 and 30.

Israel’s pandemic response coordinator, Nachman Ash, confirmed “tens of incidents” of myocarditis occurred in vaccinated people, primarily after the second dose, but emphasized the health ministry had yet to draw any conclusions.

EU regulators in May called on Pfizer and Moderna to provide additional data related to the companies’ COVID vaccines and a potential link to heart inflammation after the agency completed a safety review of all four COVID vaccines authorized for emergency use in the EU.

Because Moderna and Pfizer use the same mRNA technology for their vaccines, European regulators asked Moderna to monitor for similar cases of heart inflammation.

The CDC began investigating reports of myocarditis in teenagers and young adults vaccinated against COVID vaccines in May.

The CDC’s Advisory Committee on Immunization Practices (ACIP) in a May 17 statement said reports of myocarditis to date seemed to occur predominantly in adolescents and young adults, more often in males than females, more often following the second dose and typically within four days after vaccination. Most cases appeared to be “mild” and follow-up is ongoing.

According to the latest assessment published by the ACIP on Aug. 30, “data available to date suggest an association of myocarditis with mRNA vaccination in adolescents and young adults.”

Reprinted with permission from ChildrensHealthDefense.org

Children have virtually zero risk of serious complications from COVID

State Moving to `SMARTER’ Framework for Continued Co-Existence with COVID