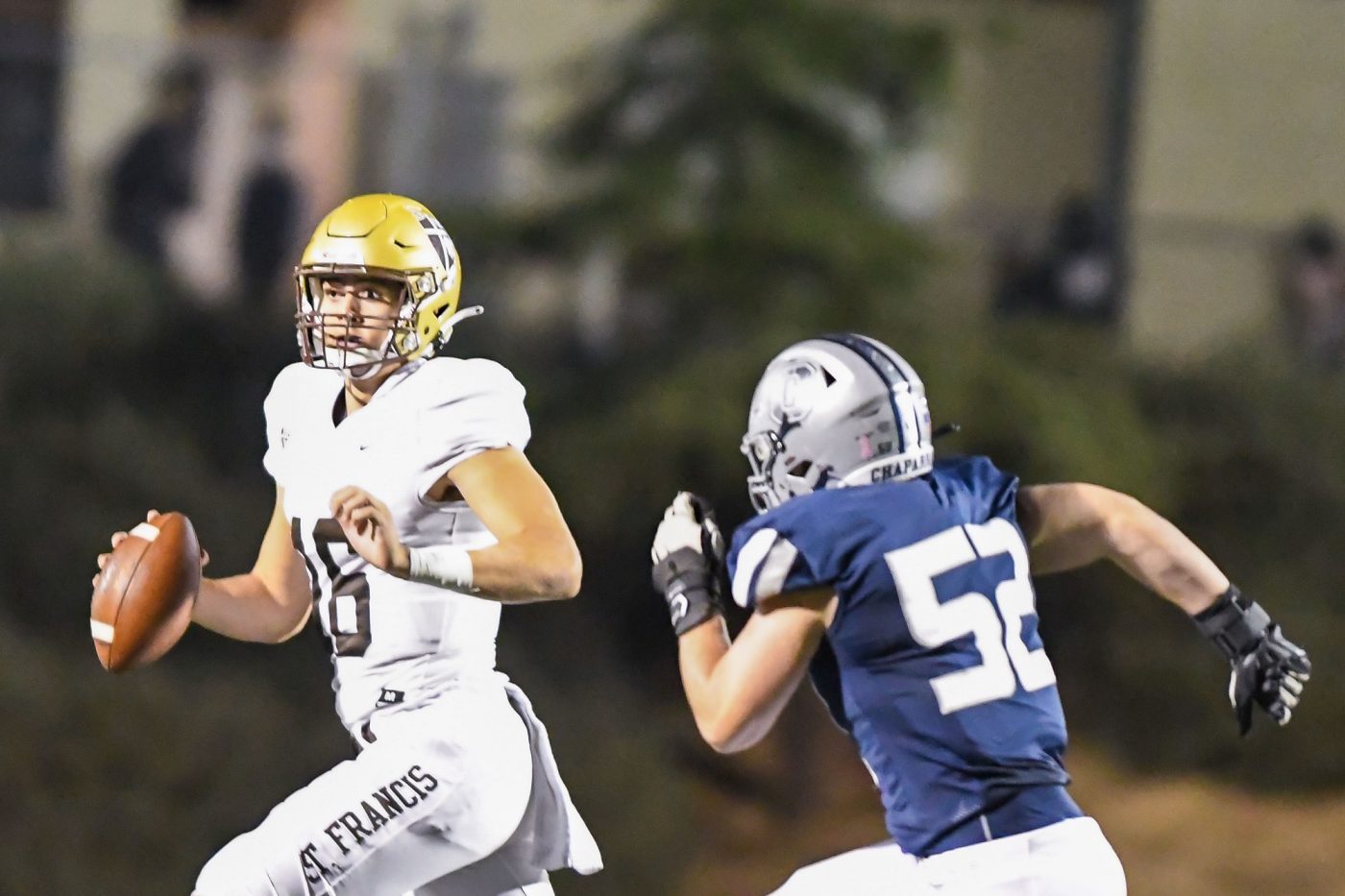 — The quarterfinals of the CIF Southern section prep football playoffs got underway this past weekend for more than a handful of our local area teams. In fact, seven teams went into last week’s playoff round and only two made it out victoriously. Temecula Valley, who are representing the area in Division 6, and Tahquitz, out of Hemet, representing our area in Division 12. The remainder of the field, including Division 2 powerhouse Vista Murrieta, and Division 4 contender Chaparral, all met their match in the quarterfinal round, but not due to a lack of drive that’s for sure.

In what was their second consecutive postseason match-up, Vista Murrieta met up with Sierra Canyon in the quarterfinals, and it was nearly the same result as the first meeting when Sierra Canyon came out on top 42-28 in 2019.

The Trailblazers were led by RB Jason Jones, who scored six touchdowns leading Sierra Canyon to a 48-23 victory. Jones finished his night with 27 carries for 157 yards while also collecting 40 receiving yards.

Terrell Cooks Jr. finished his night with 3 receptions for 75 yards and a TD for Sierra Canyon, while quarterback Daniel Duran completed 9 of 17 passes for 223 yards. Vista Murrieta’s rushing efforts were led by Gavin Galzote who carried the ball 15 times for 95 yards while adding 41 receiving yards. Sierra Canyon now advances to the semifinals, where they will host Orange Lutheran Friday, Nov. 19.

For the Chaparral Pumas, they battled but when the St. Francis Golden Knights came out swinging, scoring touchdowns on their first three drives of the game, they knew they had their work cut out for them.

Chaparral (7-5) did jump out to an early 7-0 lead when running back Hunter Roddy finished a nine-play, 81-yard drive with a 1-yard touchdown run, but the Golden Knights answered back, going 69 yards on 11 plays. St. Francis also controlled the ball for over 33 minutes and allowed the Pumas only 54 yards of offense in the second half to defeat the host Chaparral Pumas 28-14.

QB Jack Jacobs ended the night completing 8 of 11 passes for 139 yards and added 90 yards on 23 carries for Golden Knights while Max Garrison led the ground attack with 118 yards on 21 carries. Chaparral’s Devyne Pearson led all rushers with 138 yards on seven carries and Dash Beierly completed 15 of 23 passes for 145 yards. With the win, St. Francis (9-2) advances to its first semifinal since 2017, where it will host La Serna this week.

As for Temecula Valley (9-3), it was their defense that held off Norte Vista’s powerful running game. The Braves (10-1) had been averaging close to 450 yards a game, so to hold them to only 234 yards, it’s no wonder the Golden Bears won 27-14 in their Division 6 quarterfinal match-up. That, and the return of Samuel Gbatu Jr. and Zach Zella also helped their cause for victory.

On offense, Gbatu had six catches for 167 yards, registered his sixth interception on defense, and returned a fumble for a touchdown. Zella threw for 255 yards and two touchdowns.

Norte Vista’s Eddie Allain rushed for 124 yards on 20 carries, and Jesse Carvajal added 110 yards on 18 carries of his own. The Golden Bears will play at No. 1 seed Camarillo in the semifinals.

Quarterfinal prep football scores from around the valley include:

*Photos and sports scores/stats/highlights can be submitted to sports@reedermedia.com. Stats, standings, results provided by MaxPreps, local ADs, fans of the game, social media, and the Valley News Sports Department.

Bobcats come up short in quarterfinals