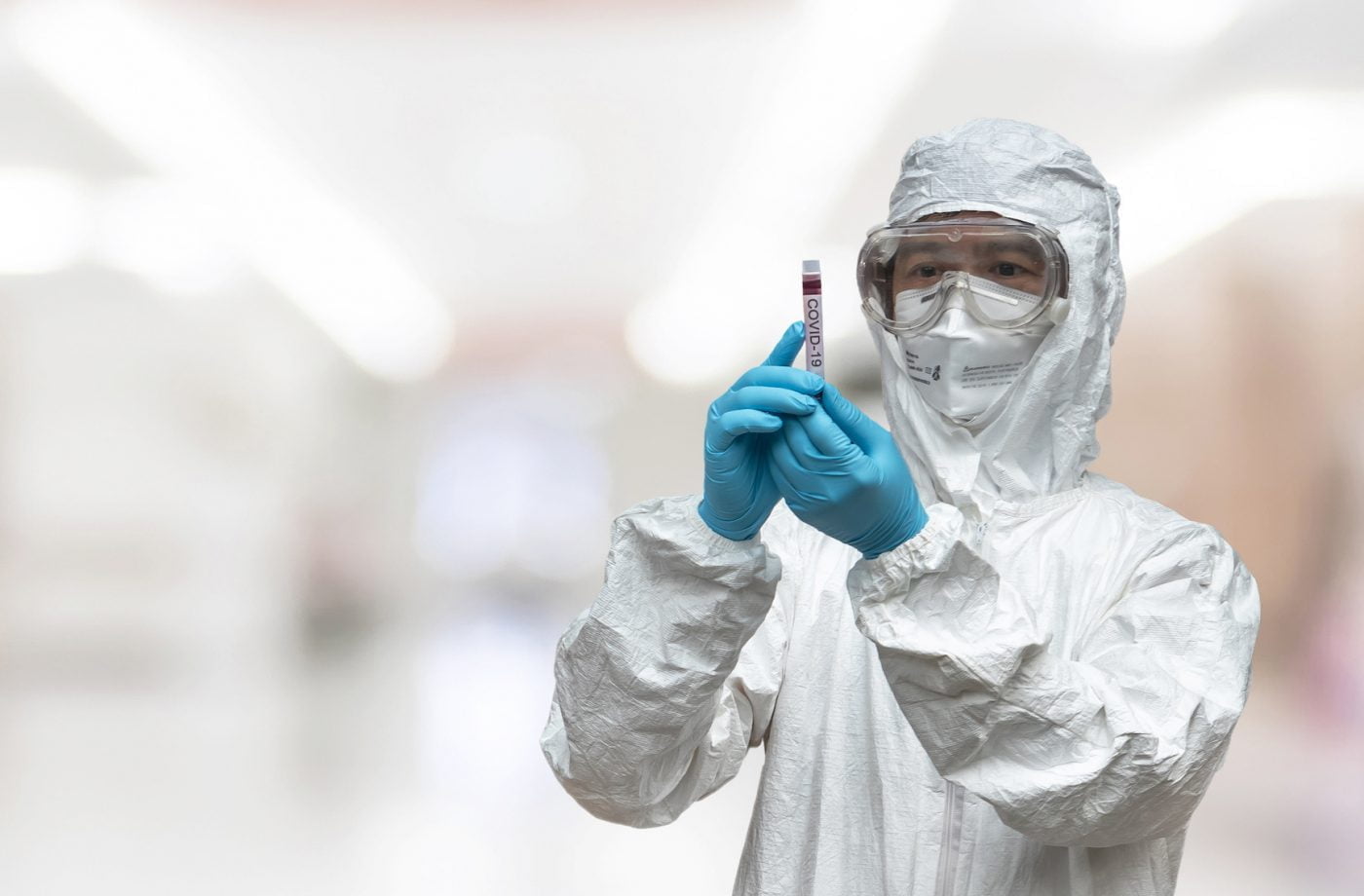 GEOFF MULVIHILL
Associated Press
With the federal stockpile drained of protective gear, states are turning to each other, private industries and anyone who can donate in a desperate bid to get respirators, gloves and other supplies to doctors, nurses and other front-line workers.
The U.S. Department of Health and Human Services confirmed Wednesday that the federal cupboard is officially bare at least through this month after it was able to fulfill just a sliver of states’ requests.
The development is not a complete surprise. Last month, President Donald Trump told governors to take care of their own needs. States said they were trying but that bidding in a global marketplace for the supplies was highly competitive and expensive, pitting states against each other, their own hospital systems and other countries, including the U.S. government.
New Hampshire Gov. Chris Sununu, a Republican, said his state has been pursuing multiple avenues to obtain personal protective equipment since the severity of the coronavirus outbreak became apparent.
“Whether it’s the commercial market, whether it’s overseas, whether it’s partnering with other states, we’ve been scouring literally the planet for a variety of PPE,” he said.
States also have begun working together, whether its forming regional alliances to create greater purchasing power or sending excess supplies to hot spots.
California Gov. Gavin Newsom said this week his state, the nation’s most populous, plans to spend nearly $1 billion a month to buy 200 million masks with the idea of distributing them throughout the Western U.S. State officials have said they won’t be setting up a new supply chain, but rather sharing with states that have a high need. California had spent $1.4 billion on medical equipment even before announcing its ramped-up purchases.
Michigan Gov. Gretchen Whitmer said her state has joined with others in the Great Lakes region to gain buying power. By last week, Michigan, which has more cases than all but two other states, had spent $130 million on medical supplies to address the crisis.
Montana Gov. Steve Bullock said his state has received five times as many masks from neighboring North Dakota as from the national stockpile. Vermont officials said they’ve worked with other New England states to acquire protective gear.
New York Gov. Andrew Cuomo said Thursday that he will propose that states form a purchasing consortium when he takes over as chairman of the National Governor’s Association this fall.
“If the federal government’s not going to do it, then the states have to do it,” he said. “But what happened now can’t happen again. And it can’t continue to happen.”
He estimated that New York has spent at least $1 billion in its response to the coronavirus outbreak.
Even when the federal government was distributing from its stockpile, most states found that it provided only a fraction of what they needed. In early March, the federal government had said the nation could need as many as 3.5 billion N95 respirator masks over the next year. It delivered 11.7 million to states, just a fraction of the estimated need, according to data released by the U.S. House Committee on Oversight and Reform. Deliveries of other gear also fell well below the amounts requested.
Illinois Gov. J.B. Pritzker, a Democrat, said the state had landed 27 times as many masks and gloves on its own as the federal government provided.
An AP analysis of stockpile distribution data released this week by the House committee underscored what appeared to be, at least at times, an unfocused approach in which the federal government was sending its supplies. Low-population states with relatively few confirmed COVID-19 infections received disproportionate amounts of some equipment, the data show. Alaska and Wyoming, for example, received more than 300 respirators for every confirmed case, while hard-hit New Jersey received just six per case.
To be sure, the federal government is not completely out of the supply business, even with an empty national stockpile. It’s buying gear overseas and turning it over to private companies to sell to the states, and is sending states money to help pay for their coronavirus-related costs.
Still, governors are using whatever means they can to supply their medical workers as public health officials warn of case breakouts in more states.
Louisiana State University said its Baton Rouge campus is creating a manufacturing facility to produce 200,000 gowns for doctors in New Orleans, building on an effort that a faculty member started in his garage.
The Iowa Department of Corrections has had inmates produce protective gear, including more than 25,000 masks, 3,000 gowns and 5,000 face shields. In Texas, the National Guard is being enlisted to help at Prestige Ameritech, the nation’s largest producer of surgical masks. Arizona is buying 6 million N95 masks from a new production line created by Honeywell.
Arkansas, California, Oregon and Washington have sent ventilators to other states with more pressing needs. New Jersey was among the recipients.
“As soon as we can raise our hand and say, ‘We’re through this,’ we’ll be more than happy to return the favor to any other place that is going through (it) as a hot spot,” New Jersey Gov. Phil Murphy said.
___
Mulvihill reported from Cherry Hill, New Jersey.
___
Associated Press reporters Mike Catalini in Trenton, New Jersey; Bob Christie in Phoenix; Melinda Deslatte in Baton Rouge, Louisiana; David Eggert in Lansing, Michigan; Ben Fox in Washington, D.C.; Amy Beth Hanson in Helena, Montana; Anthony Izaguirre in Charleston, West Virginia; David Pitt in Des Moines, Iowa; Holly Ramer in Concord, New Hampshire; Wilson Ring in Montpelier, Vermont; Kathleen Ronayne in Sacramento, California; Julie Carr Smyth in Columbus, Ohio; Marina Villeneuve in Albany, New York; and Paul Weber in Austin, Texas, contributed to this article.