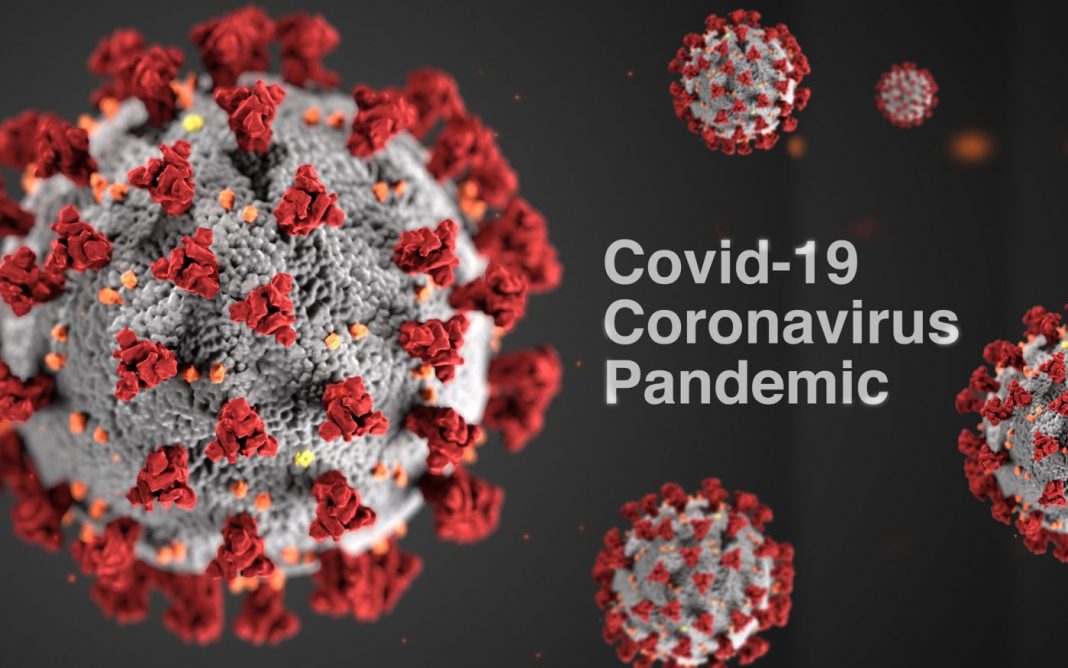 The Associated Press
The pressure is on to reopen America for business — even as the hardest hit areas in the United States and around the world are still struggling mightily to contain the coronavirus.
The debate over easing lockdowns has taken on partisan tones in the United States, with Republican President Donald Trump urging supporters to “liberate” three states led by Democratic governors.
But the crisis is still surging.
In Africa, lockdowns to slow the spread of the coronavirus may be having an unintended effect — choking the continent’s already vulnerable food supply. In Spain, where the virus has killed nearly 19,000 people, the AP followed how one funeral home is coping with the disaster.
And China, where the pandemic originated, provides something of a case study for how hard it may be to get economies going again even when things do start to reopen. Worries about losing jobs or getting sick have left workers there wary of spending much or even going out at all.
Associated Press journalists are chronicling a rapidly changing world — including how parts of it have become devoid of humans. In New York City, the epicenter of the outbreak in the United States, AP photographer Wong Maye-E and photo editor Enric Marti chronicled the ghostly city from a motorbike.
In the Israeli city of Tel Aviv, the sprawling Hayarkon Park is usually alive with joggers, children playing on jungle gyms, young families and 20-somethings picnicking and sunbathing. But these days, virtually the only sign of life is the jackals.

HEALTH AND SCIENCE
As shortages of critical masks, gloves and other protective gear persisted, hundreds of doctors, nurses and hospital workers complained to the U.S. Department of Labor about unsafe working conditions. Ten nurses at a California hospital were suspended for refusing to care for COVID-19 patients without proper gear.
Tests to diagnose the disease were also in short supply, even as the White House offered a plan to reopen parts of the U.S. economy that depends on widespread testing.

THE ECONOMY
Millions more people around the world lost their jobs this week. Others are risking infection on the front lines in essential jobs or going to work sick because they have no paid leave. The coronavirus has laid bare the human cost of an ever-widening wealth gap. But will there be any lasting policy reforms?
In the United States, 22 million people have applied for unemployment benefits in the month since the virus all but shut down the economy, the worst run of job losses on record. Increasingly, white collar workers found themselves dealing with layoffs and pay cuts, joining the service workers who bore the initial brunt of shutdowns.
For some, the $1,200 government relief checks that started going out this week provide a cushion. For others, they’re a lifeline. And no, the online reports that millions of Americans will have to repay the money are not true.

GOVERNMENT ACCOUNTABILITY
Governments worldwide are reckoning with early missteps that may have hurt the response to the coronavirus. AP revealed that China didn’t warn the public of the likely pandemic for six key days in January. It was neither the first mistake made by Chinese officials at all levels, nor the longest lag, as governments around the world have dragged their feet for weeks or even months in addressing the virus. But the delay came at a critical time — the outbreak’s begining.
Meanwhile, as countries edge toward ending lockdowns, citizens are starting to face a stark question: Will they be willing to give up personal health and location data to get back to some semblance of normal life? People worldwide are being more closely monitored in nations rich and poor, authoritarian and free.

INEQUALITY
Across the developing world, nations struggled in their fight against the coronavirus and wondered how they could end their lockdowns without the testing capacities and health services of wealthier countries.
India’s premier gave 1.3 billion citizens just four hours to prepare for a nationwide lockdown. Weeks later, many of the country’s poorest have plunged deeper into suffering.
Many in the United States as well were searching for sustenance, as food pantries found themselves overwhelmed by swelling demand even as donations plummeted.

THE RIPPLE EFFECT
The virus is having knock-on effects the world over, sometimes in surprising and subtle ways.
The notion of decision fatigue has been around for a long time — well before the virus. But during the pandemic there are way too many decisions to make, and each with high stakes.
The virus could also be sparking a resurgent respect for expertise. The public increasingly is turning to experts in academia and government, the educated, experienced “elites” that many Americans had tuned out.
And the pandemic is forcing Americans to journey through hardship without some of the reliable comforts of hard times. One of them is that old standby — the movies.

ONE GOOD THING
We can’t focus only on the bad news. A month ago, the AP started its daily series “One Good Thing” to reflect the unheralded sacrifices made to benefit others that normally wouldn’t make a story, but maybe always deserved one.
A sedated, 65-year-old man in a Missouri hospital was gravely ill with COVID-19, and nurses arranged for his family to wish him well, perhaps for the last time. Daughter Erin Muth is convinced those calls gave her dad strength, and days later he was off the ventilator and weak but recovering.

GROUND GAME: INSIDE THE OUTBREAK
Tune in daily to the virus edition of AP’s ” Ground Game ” podcast, where host Ralph Russo taps the expertise of AP’s global team covering the coronavirus story.

Sweden halts approved COVID-19 vaccine use for people under 30

Four things to remember about God