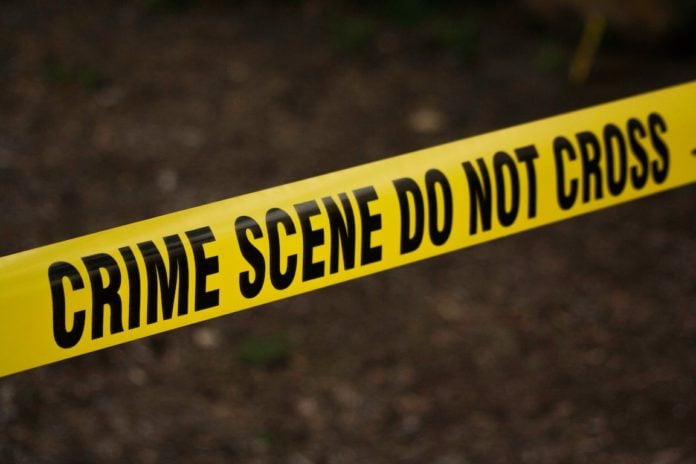 ORANGE – The Orange County Board of Supervisors is expected today to approve a request by Supervisor Don Wagner to offer a $50,000 reward for information leading to the arrest and conviction of a suspect in the road-rage fatal shooting of a 6-year-old boy on the Costa Mesa (55) Freeway in Orange.
Wagner’s request would match a reward the family has offered through a GoFundMe page. The page had raised more than $164,000 as of Sunday, but was taken down by Monday.
Another page was set up for the father of 6-year-old Aiden Leos, who was fatally shot on Friday while his mother was driving him to kindergarten at Calvary Chapel school in Yorba Linda.
The money will come from the discretionary budget of Wagner’s office. The emergency supplemental agenda item needs a four-fifths vote for the passage from the five-member board, because it was made after the board’s agenda, was posted.
Wagner made the offer because the shooting occurred in his district.
Meanwhile, California Highway Patrol officers have poured additional resources into the investigation, CHP Officer Florentino Olivera said.
“We’re asking the public if they know anything, if anybody’s been talking about this, please step up and say something,” Olivera said.
The agency also established the santaanachptipline@chp.ca.gov email address to receive any tips about the shooting. Anonymous tips can also be phoned into 800-TELL-CHP, Olivera said.
“Someone is always available to answer that call,” Olivera said.
Investigators were “working non-stop” combing through Caltrans camera footage and other evidence to see if there was any video that would offer a clue, Olivera said.
Also, anyone who was in the opposite lane of traffic when the shooting occurred was asked to check dash-cam video that might be helpful to investigators, Olivera said.
“We’re also asking for help from people going southbound that day because that was bumper-to-bumper traffic,” Olivera said. “If they have dash-cam video that would be helpful.”
He added, “We lost a 6-year-old boy to this senseless violence, so if you know something step up and say something.”
The boy’s mother was driving a silver Chevrolet Cruze sedan with her son in the right rear passenger booster seat when another driver opened fire between 7:55 a.m. and 8:15 a.m. Friday on the northbound Costa Mesa Freeway between the Garden Grove (22) Freeway and Chapman Avenue, California Highway Patrol Officer John De Matteo said.
It’s unknown how many rounds were fired, and the only initial description of the suspect vehicle is a white sedan, DeMatteo said.
Investigators later said the vehicle may be a newer model, possibly a white Volkswagen “wagon-style” sedan.
The mother pulled over immediately and called 911 and the boy was rushed to Children’s Hospital of Orange County, where he was pronounced dead, DeMatteo said.
The mother, Joanna Cloonan, told reporters, “They took my son’s life away. He was beautiful and kind … and you killed him for no reason.”
She said she was cut off “abruptly” on the freeway before the shot rang out.
“I pulled over and took him out of the car and tried to put my hand on his wound while calling 911,” Cloonan said. “He was losing a lot of blood.”
She appealed to anyone with information to come forward, saying she wanted “justice to be served for my son.”
Investigators did not provide details of the road rage incident but assured the public it was not related to the rash of suspected pellet-gun
shootings of vehicles on Southland freeways.
Relatives said Aiden’s death has devastated the family. “My mom, there was a road-rage on the freeway, and someone pulled out
a gun and shot my little brother in the stomach,” the boy’s 15-year-old sister, Alexis Cloonan, told reporters. She said there were two people in the
suspect vehicle — a female driver and a male passenger.
“He was only 6, and he was so sweet,” Alexis said through tears.
“He was a very, very loving boy. So please, help us find who did this to him.”
The boy’s uncle, John Cloonan, said the family wanted to speak out so the shooter “can see what you’ve done to this family.”
Aiden’s mother “was merging to the right side to get away from this person,” he said. “And as you can see, if you go online and look at the
photos, there’s one bullet shot in the trunk that went through the trunk and right through my nephew. So you tell it was a cowardly way of doing it, because they shot her in the back.”
According to relatives, the boy’s mother was driving Aiden to kindergarten when the shooting occurred.
Reyes Valdivia told the Los Angeles Times that he and his wife had just dropped their children off at school when they spotted a woman on the
freeway shoulder pulling a child out from the passenger side of the car. He said the woman “was hysterical” and told him she was fired on while driving her son to school in the carpool lane.
Valdivia said the victim said that when she tried to switch lanes to exit, a white sedan with a man and woman inside cut her off and she gestured to
them and proceeded into the exit lane, which is when the bullet entered the left side of trunk and “went through the boy’s back.”
“She heard her child scream and immediately stopped,” he said.
The CHP closed the northbound side of the freeway for several hours to search for clues.
Olivera said investigators are hoping to hear from witnesses, especially those whose vehicles are equipped with a dash-cam camera.
“Even if you think it wasn’t anything big, call us,” Olivera said.
“We’d like to hear from you.”
Anyone with information that may be helpful to investigators is asked to call CHP Officer Kevin Futrell at 714-567-6000.
Copyright 2021, City News Service, Inc.

Strong winds to stir across Inland Empire this week